Your marketing switch from social channels to metaverse19 April 2022Next

They say of us: “A gateway to the metaverse to the Maghetti Quarter”10 May 2022

The Smilebots triumph in Houston 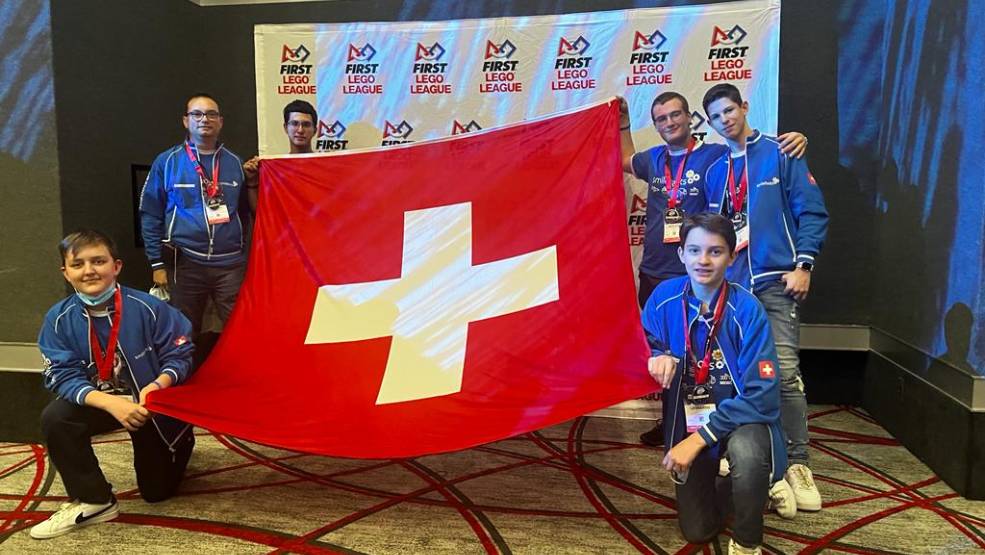 SMILEBOTS LEGO HUOSTON – The World Championship of Houston of the First Lego League competition ended on the weekend, in which for the second time the Ticino team Smilebots participated. And the team finished 18th out of 108 participants in the American Final.

It is a group of young people that is at its second participation in the final phase of the competition and a team supported by ated4kids, the path that since 2014 the ated-ICT Ticino promotes for young people interested in the world of technology and robotics.

The project presented by the Smilebots in Houston

“It was a very difficult competition – comments Corrado Corsale, mentor of the Smilebots group- given the high level of the teams present. But the guys performed very well over the three days of racing, reaching an 18th place finish on the 108 finalist teams from all over the world, present in Houston and over 40,000 teams that from the beginning of the year had registered and competed in the various stages of this competition”.

In addition to the actual robotics test, the Smilebots presented an innovative project of a cargo, lake, ecological and autonomous transport system, since the main theme of the competition this year was related to the theme “Cargo Connect”. In fact, for the demonstration, the guys have created and brought to the jury a really working prototype that has been a great success both for the jurors and the public who attended the competition.

Thanks to all those who supported the team

“The jury had very positive reactions also with regard to the robot design, highlighting the quality of the technological solutions put in place by the guys and encouraging them to continue on this path. Now the boys, namely Federico Corsale, Federico Colapicchioni, Leonardo Domeniconi, Pietro Botturi and Ruggero Domeniconi, will enjoy some rest from challenges and races. Even if the thought is already turned to the next stage, because they are thinking about the next competition that awaits them from 13 to 16 October in Geneva, where in the First Global Challenge – the top level of the First Lego League – they will compete with mechanical robots of much greater size and complexity. In fact, the EPFL has proposed them as the only Swiss team representing the Confederation” – concludes Corrado Corsale.

A special thanks goes to all the sponsors coordinated by ated-ICT Ticino who supported the Smilebots team have allowed them to live this wonderful adventure in the USA. These are: Banca dello Stato del Cantone Ticino, Gtk Timek Group SA, PL3 & Partners CH Sagl, SUPSI- DTI, Academy formats, 3 (Audio Video, ARU SA, Martial Brusini, City of Lugano, City of Massagno and all those who through crowdfunding have supported the Smilebots.

For girls and boys interested in the upcoming and new robotics courses, ated4kids is launching a rich dating program. Further information is available on www.ated.ch