Breakfast with Cristina05 April 2022Next

Your marketing switch from social channels to metaverse19 April 2022

The metaverse explained with 5 numbers 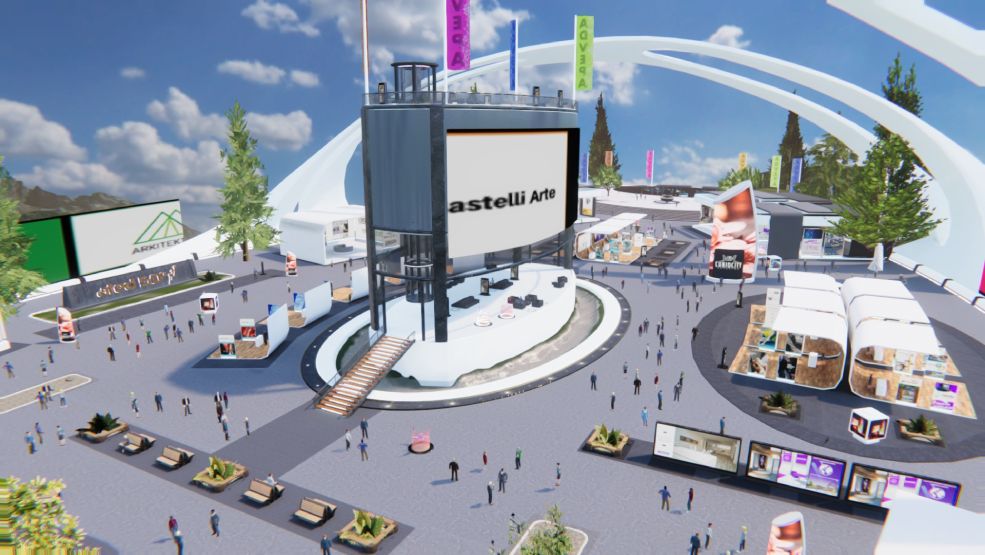 METAVERSE – The first to coine the term metaverse was Neal Stephenson in 1992. In his novel Snow Crash, he used the word metaverse to identify a real-world “digital twin”. In short, already in the last century, based on the available technologies, we imagine an alternative and virtual dimension in which, through an immersive reality, everyone with his “double” can live an alternative experience. The concept of metaverse that is coming to life today, after the new impetus given by Mark Zuckerberg, is not so much different from Stephenson’s idea. But what do we know about the metaverse today?

What we know about the Metaverse

The Metaverse in the conception and definition given by the CEO of Meta still does not exist today and will not be reachable for at least the next 5-10 years. Around the web, however, there are various forms of metaverse that can be explored. In order to define a platform, what should a metaverse be present? Let’s see some elements:

What else do we know about the Metaverse? Let’s figure it out from a few numbers.

An Italian in 4 states that he is aware of what the Metaverse is and also believes that it can be the evolution of the web. It is expected to bring improvements to the way we enjoy virtual space by making it more engaging and accessible.

In this case we are not talking about a sum of money, but about the sales forecast for the Oculus in 2023. If this sum were confirmed, it would be a significant leap forward compared to the 10 million units sold in 2019. But it would also mean that Mark Zuckerberg would be on the right track towards achieving one of his biggest goals: making the cost of the Oculus more affordable for all consumers. This is in fact the main reason why he bought the manufacturer of such VR headsets in 2014.

They are the amount spent by 6 thousand users in three months on Decentraland, one of the first international platforms more important to take the name of Metaverso. During the week of Fashion Week on this platform were hosted brands such as dolce&gabbana, Etro and Tommy Hilfiger, with the aim of presenting in an innovative way their collections and try to increase their ROI.

Decentraland was not the only metaverse of Milan Fashion Week. Sandbox has also done its part by hosting the virtual store of United Colors of Benetton. The physical store located in Corso Vittorio Emanuele was set up in the same way as the store in the Metaverso, thus reversing the immersive experience. In fact, unlike usual, it was not the virtual to reproduce the physical, but vice versa.

Shopping was not possible inside the Sandbox store. There are, however, many gaming activities, with prizes to be accumulated to buy in the physical store.

It is the percentage of respondents from the company Sensemakers that states that companies are right to invest in the metaverse. They say it is an opportunity for growth that can multiply the turnover of companies. Experts say there will be strong growth prospects in the metaverse.

There are those who declare that:

“The Metaverse is much more than the evolution towards which the web is naturally going. It is in fact the place where you can grow a real business, a digital economy” – Rossano Tiezzi.

Not everyone, however, supports the metaverse and believes that it can bring benefits. In his research Sensemakers revealed that 30% of respondents believe that the virtual world will only amplify economic and social inequalities, going exclusively to favor technological societies.